How Being Overweight Affected Alan

I think I’m one of these people who carry extra weight quite well. I’m fairly well built so you tend to get away with it. That’s not necessarily a good thing.

None. I realized fairly early in this journey that success was about counting calories. This is the unusual bit for me. I used WLR to lose weight seriously up until about the beginning of 2008.I reached a goal weight of 13st 1lb and rightly or wrongly I accepted that as being OK. What would then happen was the usual yo-yo. After holidays, and Christmases I would pile on usually half a stone or so and then spend a month fighting it back to around 13st. The truth I suspect is that from about 2008 up till September this year I was around 13st 3 to 13st 5lb and I wasn’t unhappy with that. 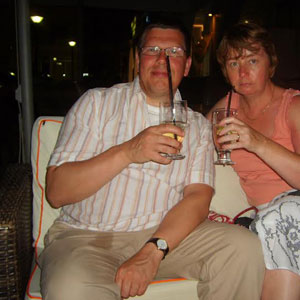 I think this is the main point. If I’m honest, I gave up trying to get my weight below 13st, even though I knew it’s where I needed to be. My Doctor provided the extra push I needed.

I went onto lifetime medication to control blood pressure in May. That controlled my blood pressure, but then he was unhappy about raised cholesterol levels. Indeed the latest thing now seems to be a measurement called a Q risk score. This takes in to account weight, family background, alcohol consumption, exercise, smoking status and Cholesterol levels. On my first consultation it was 23. With some gravity, he informed me that that score meant I had a more than one in five chance of developing coronary heart disease in the next 10 years, so he wanted to put me on Statins as well.

In August, I made a deal with him. I said would he delay putting me on Statins if I could get my Qriskscore below 20 (which is the target) by February. He agreed. 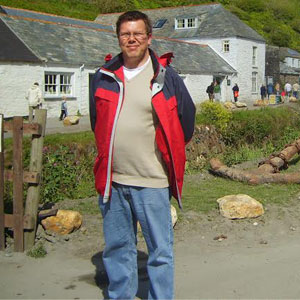 Despite the help that WLR gives me I realised I needed further support. So I met a lady called Julie Dodd, a Professional Nutritionist. Julie wrote me a bespoke plan, which made some quite extensive, but not unreasonable, changes to what I ate.

To be honest my motivation to follow Julie’s advice was not about weight, but really about Cholesterol levels.

She made me realize that it wasn’t just about calories. The enemy is SUGAR. She made me consider that above all else, and I was shocked by the amount of food I ate contained obscene amounts of sugar.

Cut hard back on the sugar and your body doesn’t get the chance to store as fat what your system cannot burn or excrete.

I know its an old mantra, but I must have increased my fruit and vegetable intake by at least 50%.

I drink lots more water and have cut out nearly all refined carbohydrates, such as white rice, white pasta and white bread. Basically if it’s white, it’s gone! It has to be wholemeal now.

Following her advice has brought me to where I am today. My Doctor is delighted. He has halved my Blood Pressure medication, and has indicated that he may take me off the medication entirely if my results are maintained in February. Statins are no longer an issue! My Qriskscore is now 13.3!

I use all the main tools, food diary, exercise diary, and Goals and Results. In not much one for the forum but I have been on in the past.

Cycling is my passion. I spend silly amounts of money on bikes and bike stuff. I’m not one for Gyms, I find them boring after a while, but I do enjoy my weekly spinning class in the winter months. I cycle at least 25 miles a week, quite often more, when I have time.

I walk at least an hour every day with my dog Prince.

What do you love about your body now? 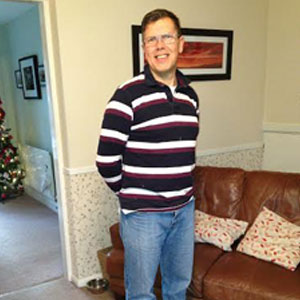 You know, I used to think I had shrunk, but I realized I was buying shorter trousers because they were sitting below my ample middle! So its nice buying 34/31 trousers again, as opposed to 36/29!

Please, if you are technically obese, ask your Doctor if you can see a nutritionist. I couldn’t see an NHS one because my practice won’t allow it unless you are over 30 BMI.

Privately I have paid just under £100 for my consultations and it has been some of the best money I have ever spent.

If, like Alan, you want to get motivated to start losing weight, then use the tools and resources from Weight Loss Resources to get going. Try us free for 24 hours and see what a difference we could make - no credit card details required!

* Note: The success stories published on Weight Loss Resources are written by WLR members, past and present, telling their own stories in their own words. As you will see if you read more than one or two of them, everyone's story is different and they have reached their success from a variety of starting points and lost weight at varying rates. Individual results may vary.

If, like Alan, you want to get motivated to start losing weight, then use the tools and resources from Weight Loss Resources to get going. Try us free for 24 hours and see what a difference we could make - no credit card details required!