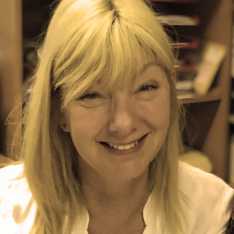 Tracey started working on the concept of Weight Loss Resources in 2000. The site and app (though it wasn't really called an app then) launched in January 2001.

“Like lots of people, I'd managed to gain more than a few pounds over the years - even though I was either on a diet, or looking for the next one, most of the time.

Eventually, my diet book addiction lead me deeper into research about nutrition, physiology, metabolism and psychology, enabling me to work it out for myself.

I lost 3 stone in a little under a year. Other than a few half-stone or so tremors (plus 2 instances of major wobbles up to a stone) I have maintained my lower weight range for nearly 20 years.

The thing I hate most about the weight loss industry is the idea of 'diet secrets'.

Weight Loss Resources was born out of the conviction that knowledge about energy balance and good nutrition is power when it comes to being in charge of your own weight.

I wanted to make it easier for people (including myself!) to take control of their calories in and out. I also wanted to spread the message that there's a better way to lose weight than going on one diet after another.

That's why wlr focuses so much on the self-learning, and habit building, aspects of getting to grips with your weight - within and alongside our tools.”