Having heard a lot about the Reebok Deck, I was looking forward to actually having a go on one myself. Although my pessimistic side was ready to be disappointed, I have to admit Reebok are bragging for a good reason.

On paper the idea of the Reebok Deck, an exercise platform that changes in a transformer type way to support a multitude of exercises seems genius, but I wanted to find out if it really worked.

The answer to that question has to be yes, yes, oh yes. The Reebok Deck really is that good and I’m so pleased to say it has been extremely well thought out.

Out of the box:

The Deck comes out of the box in the original Step position (which is the most practical way to store it), and looks like a Reebok Step, the give away that it isn’t a normal Step is the length and weight. Don’t get me wrong, most people will have no problem lifting a Deck, it’s more the fact that the Deck is heavier than it looks, which I personally find quite comforting as it means I can go hell for leather on it and not worry about it toppling over.

This is where the pessimist in me reared its ugly head expecting a large amount of fiddling, huffing, puffing and probably a workout while just trying to change the position. But it is actually simpler than a transformer and takes a mere few seconds.

Turn the Deck on its side and simply move the legs out until you hear a click, which is the leg locking into position. To release the legs you just squeeze the handles that are neatly located in either end of the Deck and fold the legs back in.

I was so impressed.

There are hundreds of exercises you can do with the Deck, so I had a go at some of the most conventional ways of using it.

With the legs folded in it is the same height as a normal step with two rises on, no problem. At the full height stepping becomes a lot harder, anyone who regularly does a Step class will probably adjust quite quickly, but if like me it is not part of your regular exercise routine you should definitely start at the lower level and build up to the second height.

Pop just one of the legs up and you get an incline bench. This is great for doing stretches on, I also found it good for adding resistance when doing sit-ups/stomach crunches, by lying with my head towards the lower end of the Deck.
I also found it surprisingly comfortable to lay on when I was doing my stomach crunches, and again when using hand weights lying in a flat position. The Deck has rounded edges which means it doesn’t dig in your sides and it’s slightly longer than a Step so you can lay flat without having your bum or head hanging off the end.

Using it for free weights is great and the added bonus of the back rest meant I could do loads more exercises than I would normally be able to do with just my dumbbells. However it is not designed for heavy weight training and Reebok advise not to use anything heavier than 15kg when using the Deck.

You can pop resistance tubes into guide channels on both feet and in four positions on the backrest, and because they still move freely within the guide channels while you’re exercising you can switch from exercise to exercise with ease.

The Deck can be used for lots of other things including circuit training, and add any accessory like a medicine ball for example and you’ve got another whole range of exercises the Deck can assist you with.

Earlier I said Reebok have really thought their Deck through and this is why; as well as taking just seconds to change positions, the ability to add resistance tubes to it, its’ well formed size and shape, plus the lack of space it actually takes up when storing it after use, make it perfect for home use.

Reebok have cunningly put a storage compartment inside the deck where you lift up the top to create the backrest. At 410 x 140 x 1000 mm it’s not to be sniffed at and it means my dumbbells that are usually strewn across the living room floor, now have a proper place to live. I’ll undoubtedly find loads of other stuff to pop in there as well over the next couple of weeks though as there’s still some room in there.

Reebok don't supply instructions in the box. OK, so it’s not exactly rocket science to work out how you change the Reebok Deck from a Step to a bench position, however I expected it to come with some instructions anyway. It would also have been good if Reebok included some examples of the different ways in which to use the Deck, like the mini workout plans you usually find in exercise products like this.

Disappointing, but not the end of the world. There is however a DVD coming out in November, again it would have been nice if it was released at the same time as the Deck so I could try it now.

Even without any instructions, I love the Reebok Deck as it’s ideal for what I want to do. It means I don’t have to get dressed and go to the gym, nor do I have to fork out for gym membership or spend a small fortune on home gym (not that I have the money or space for that).

I like working out when it’s convenient for me (often when I’m still in my pyjamas), to the music I like and the Reebok Deck means I can do all that in the comfort of my own home and at a fraction of the other option’s cost.

I’m looking forward to trying the Reebok Deck DVD when it comes out in November as I’m sure it will give me more ideas of things I can do with my Deck, as well as giving me a workout routine to do for those days when I need some motivation. So I’ll let you all know what I think when I’ve had a go!

Track your exercise and diet with WLR's tools and databases. You can keep online food and exercise diaries, see how many calories you consume and how many you burn doing different activities. Try it free for 24 hours.

Track your exercise and diet with WLR's tools and databases. You can keep online food and exercise diaries, see how many calories you consume and how many you burn doing different activities. Try it free for 24 hours. 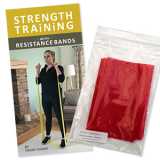