New research has found that people who drink low-fat (1% and skimmed) milk experience several years less biological ageing than those who drink high-fat (2% and whole) milk.

Tucker investigated the relationship between telomere length and both milk intake frequency and milk fat content consumed (whole vs 2% vs 1% vs skimmed). 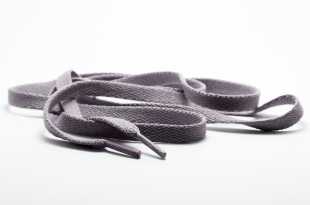 Telomeres provide a protective cap at the ends of chromosomes and their length is often used to measure cellular longevity. Simply put, the longer your telomeres the lower your biological age.

An easy to picture analogy is that telomeres function like the caps that protect the end of shoe laces. Over time, as cells divide, telomeres become progressively shorter.

“It was surprising how strong the difference was,” Tucker said. “If you’re going to drink high-fat milk, you should be aware that doing so is predictive of or related to some significant consequences.”

The more high-fat milk people drink, the shorter their telomeres are, according to the study, published in Oxidative Medicine and Cellular Longevity.

The research revealed that for every 1% increase in milk fat consumed, telomeres were 69 base pairs shorter in the adults studied, which translated into more than four years in additional biological aging.

When Tucker analysed the extremes of milk drinkers, adults who consumed whole milk had telomeres that were a striking 145 base pairs shorter than non-fat (skimmed) milk drinkers.

“It’s not a bad thing to drink milk,” Tucker said. “You should just be more aware of what type of milk you are drinking.”

Milk generally available in the UK does not compare directly to all the types available to US consumers.

In particular we use semi skimmed milk here which falls between 1% and 2% fat, though the larger supermarket chains now also carry 1% milk – normally with orange coloured packaging.

Interestingly we consume around 40% more milk in the UK than in the US, but about 30% less cheese.3

Use the tools in Weight Loss Resources free

You can keep an online food diary and find out how many calories you need to lose weight. Try it Free

1. Milk Fat Intake and Telomere Length in U.S. Women and Men: The Role of the Milk Fat Fraction Larry A. Tucker Oxidative Medicine and Cellular Longevity

2. Drinking 1% milk instead of 2% milk accounts for 4.5 years of less aging in adults BYU News

3. Per Capita Consumption of Milk (L) and Milk Products (kg) in Various Countries University of Guelph

Use the tools in Weight Loss Resources free

You can keep an online food diary and find out how many calories you need to lose weight. Try it Free