1. We all need body fat to live 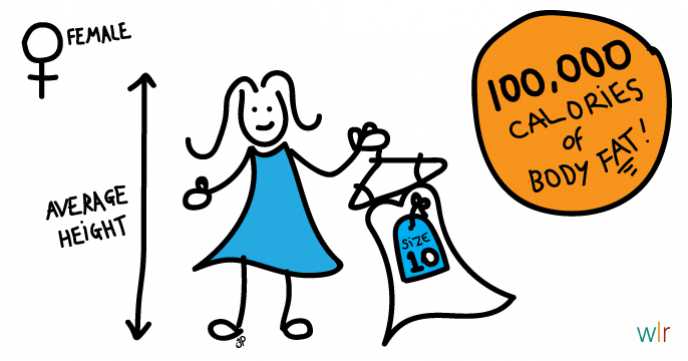 In fact, it is so essential to normal, healthy functioning that even an average height, size 10, slim female carries approximately 100,000 calories of fat on her body. 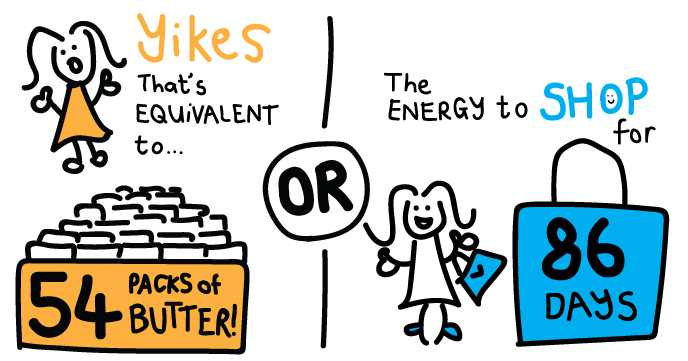 That’s equal to 54 packs of butter in total but before you get too depressed, it’s also enough to fuel the energy required to shop for 86 days!

3. Thinking can make you fat! 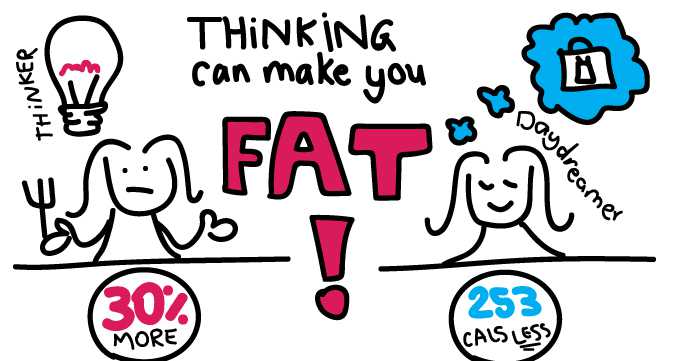 Research at Laval University in Canada has shown that although thinking hard and concentrating doesn’t require any extra calories, it does stimulate the body to feel hungrier.

So much so that volunteers on the study who were asked to carry out mentally challenging tasks went on to eat 253 more calories (almost 30% more), in just one meal, than those that were told to daydream.

4. Most people gain an average of just 1-2g of extra body fat a day 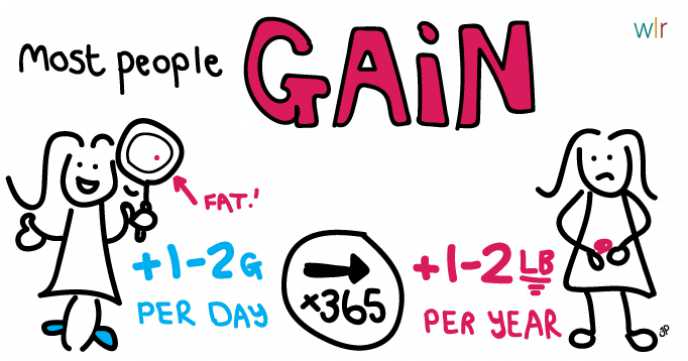 Doesn't sound like much, but before you reach for that second slice of cake consider this...

A gain of 1.5lbs every year after the age of 20 would mean that by the time you hit your 50th birthday you’d have laid down an extra 45 lbs (over 3 stone!) of excess body fat – or as it’s better known ...middle aged spread! 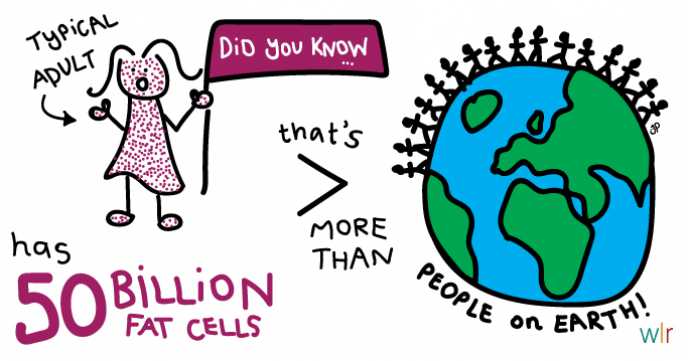 ... which means there are over 6 times more fat cells in one human body than there are people on the earth.

6. Fat cells can expand up to 10 times their normal size 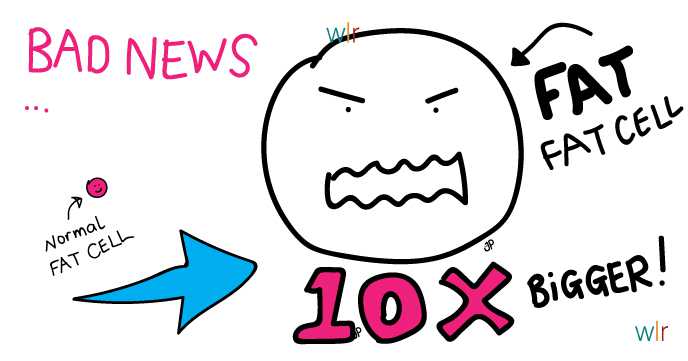 First the good news…fat cells generally do not increase in number after puberty so even if you gain weight the number of fat cells you have remains the same.

Now the the bad news... Each fat cell simply gets bigger and can expand up to ten times its normal size.

7. Fat cells exist in (almost) all parts of the body 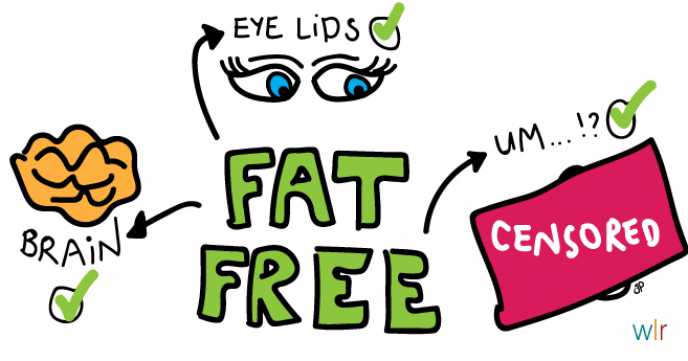 ... except the eyelids, parts of the esophagus, the brain and the penis. 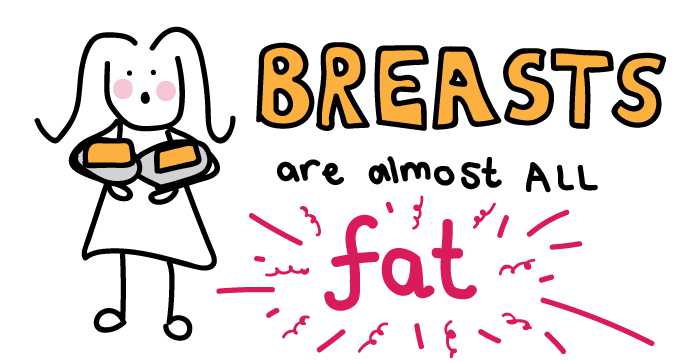 which is one reason why, when dieting, they tend to reduce in size long before you lose the wobble elsewhere! 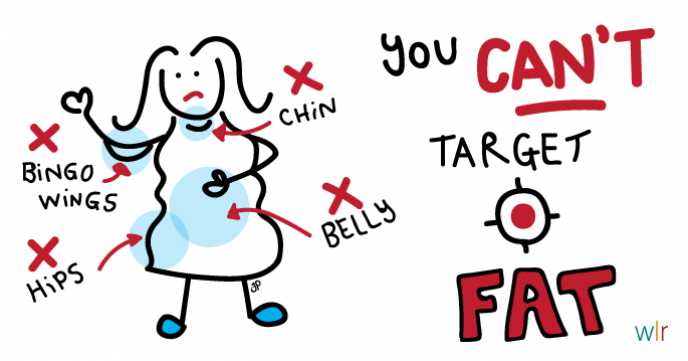 Spot reduction, the term used for attempting to reduce fat by exercising the muscle underneath fat deposits (such as doing sit ups to get rid of abdominal fat or thigh raises to get rid of fat stored on the hips) does not work.

If it did, all gum chewers would have skinny faces! 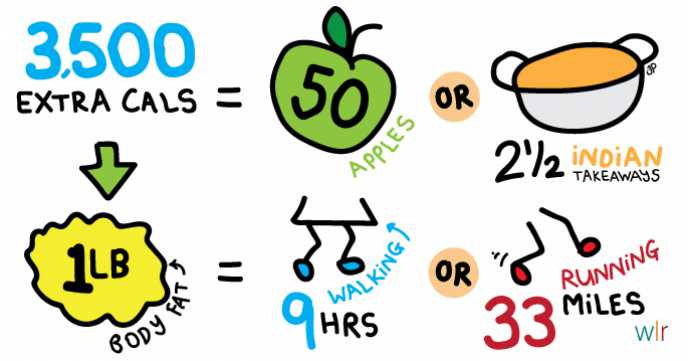 To burn off 3,500 calories the average woman would need to do 6 step classes, walk briskly for almost 9 hours or run for 33 miles.

To eat 3,500 calories she’d need to chomp through almost 50 apples or just two and a half Indian takeaways.

11. Fat is the most calorific nutrient we eat! 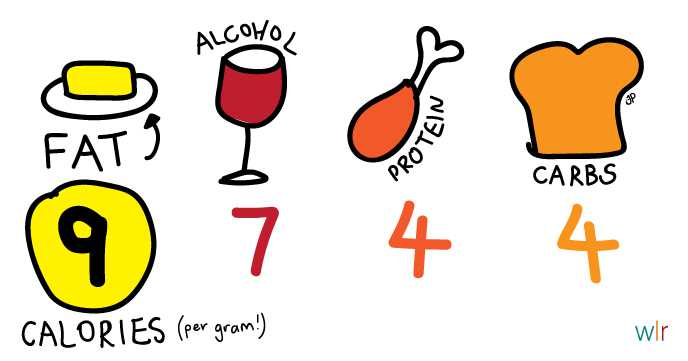 At 9 calories per gram, fat is the most calorific nutrient we can eat.
Alcohol contains 7 Kcals per gram.
Protein and carbohydrate contain approximately 4 Kcals per gram.

12. Fat storage is determined by gender and genes (not jeans!) 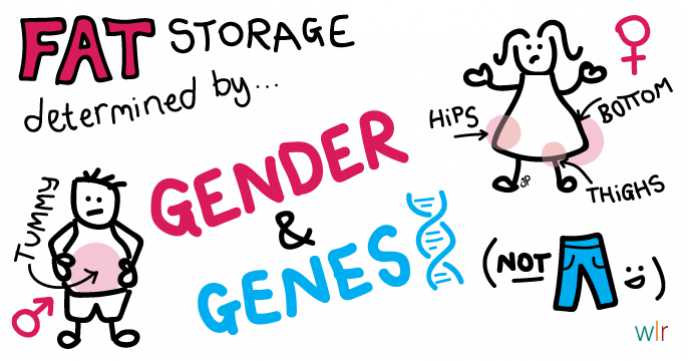 The places you predominantly store fat and the places you lose it from first are largely determined by your gender (women tend to store it around their hips, bottom and thighs, men around their abdomen) and your genes – so choose your parents wisely!

13. Fat cells live for an average of ten years 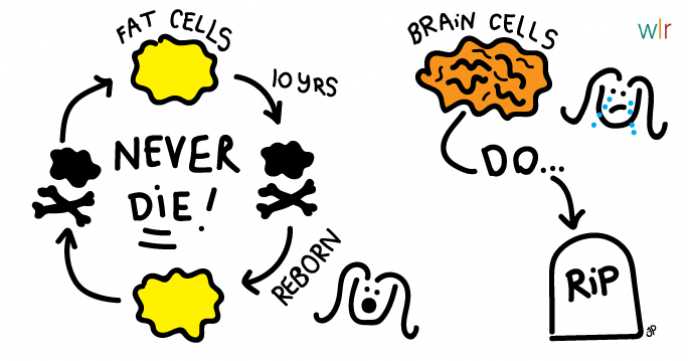 Once a fat cell dies the body makes a brand new one to take its place.
However, once brain cells die they are gone for good which is why as we age we may lose our memory but love handles can stay for life!

14. An average fat cell can only store half a millionth of a gram of fat 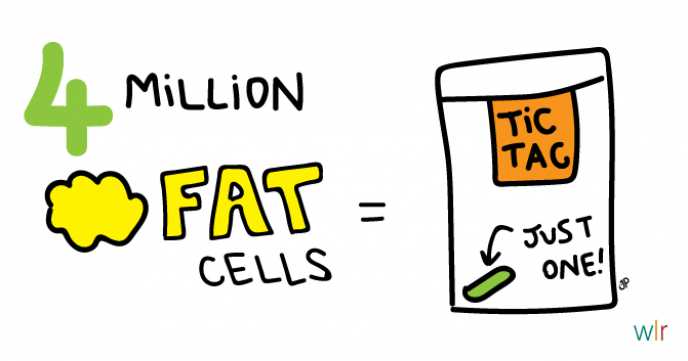 therefore it takes 4 million fat cells to store the energy equivalent of a TicTac.

15. The ‘Tape Worm Diet’ is one of the craziest diets ever invented to reduce body fat 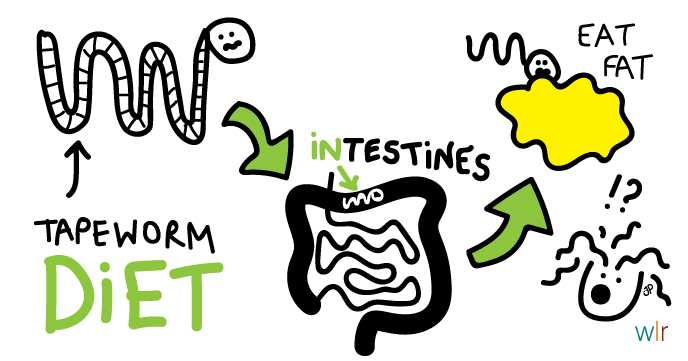 Under the plan, followers simply swallow tapeworms then allow them to sit inside their intestines and dine off their dinner.

Apart from the bit where you actually eat the worm and the side effects of bloating, nausea, and diarrhoea there was a very real danger that the worms could lay eggs in other tissues, such as the nervous system, which could cause seizures, dementia and meningitis.

Fortunately, you don't need to go to these kind of extremes to lose weight. Have a browse through our more pleasant collection to find a diet plan that suits you.

The WLR food database and Food Diary are the perfect way of controlling what fat you eat on a day to day basis. Why not sign up for a free 24 hour trial and see what you eat in a day.

Too much thinking 'can make you fat' The Telegraph

The WLR food database and Food Diary are the perfect way of controlling what fat you eat on a day to day basis. Why not sign up for a free 24 hour trial and see what you eat in a day.