How Does Alcohol Consumption Affect Your Weight and Shape?

Since the energy content of one gram of alcohol is 7.1 Kcal, it can be safely assumed that alcohol consumption could very well lead to weight gain. But, there is a lot more to it.

Weight gain due to alcohol is mostly seen in heavy drinkers. In mild to moderate drinkers, in certain cases, it could even be rather protective. Also, different alcohol types seem to have different effects on body weight.

This article is all about alcohol and its effects on body weight. Please see current UK health guidelines for alcohol, for recommendations on alcohol limits.

Starting with the Basics - Calories!

In the UK, where obesity rates are among the highest of developed countries, increasing alcohol consumption is a general trend.

But the question here is: are the calories from alcohol the same as from other food sources?

Simply put, alcohol is an energy dense food, which is otherwise quite poor in its nutrient content. That is why the calories from alcohol are sometimes labelled as “empty calories”.

In theory, there are several reasons why drinking alcohol should lead to weight gain:

So the initial impression here is that drinking alcohol will lead to weight gain, at least in theory. Let’s find out what actual research says about alcohol and weight gain.

Enter your details to calculate your ideal weight range, and discover how soon you could reach it!

What Research Says about Alcohol and Weight Gain

There are many studies supporting the fact that alcohol leads to weight gain (5-9). But one piece of research is worth mentioning in particular.

Researchers at the University of Navarra, Spain carried out a major data sweep and tried to establish a relationship between alcohol consumption and body weight.

They investigated almost all the major studies conducted on alcohol and weight between 1984 and 2010. They were able to isolate 31 studies based on their relevance and other criteria. Here is what the results looked like (10):

It can be safely inferred from the data above that- in general- alcohol consumption leads to weight gain.

How Alcohol Leads to Weight Gain

There seem to be a number of factors involved here. Here are a few things to consider:

But not all calories are equal. Take fibre for example. Fibre is indeed healthier than alcohol and there is a difference how your body treats calories coming from fibre. Your body has limited capacity to digest fibre. Therefore, your body absorbs very small amount of calories from it and flushes out the rest (11).

The calories from alcohol, on the other hand, are much different. Alcohol does not have a complicated structure. It is easily absorbed from your gut and readily broken down into energy by your liver. So most of the alcohol you consume is swiftly turned into energy. This creates a positive energy balance (12).

The story does not end here.

Alcohol is an addictive substance. It might not have a significant effect on your body weight if taken in moderation, as explained later. But a proportion of drinkers are either habitual or binge drinkers.

When you add alcohol to your diet in addition to your normal foods, it gives you a lot of surplus calories on daily basis. These calories then lead to weight gain (13).

Another important reason why alcohol leads to weight gain is its ability to increase appetite.

Researchers at the University of Liverpool studied this effect of alcohol.

Volunteers were given 3 meals a day: breakfast, lunch and dinner. Plus, 30 minutes before lunch, they were given varying strengths of alcoholic beverage to drink.

The researchers found that those who consumed drinks of higher alcohol strength ate significantly more than the others. Not only that, but they also chose to eat more fatty and salty foods (14).

In a similar study conducted at the University of Dundee, scientists looked at the appetite stimulating effects of alcohol.

Volunteers were given a standard breakfast. They were given different types of drinks, either alcoholic or non-alcoholic, 30 minutes before a buffet style lunch.

Researchers found that individuals who drank the alcoholic drinks consumed, on average, 30% more calories at lunch (15).

Researchers are still unsure about why alcohol stimulates appetite. But one plausible explanation seems to be its effects on hunger hormones.

Leptin is one of the major regulators of appetite and serves to decrease hunger. Results of a Swedish study found that the level of leptin decreases by almost 50% after alcohol consumption (16).

Research conducted at the University of Liverpool, studied snacking behaviour among drinkers.

Researchers found that urges to snack were significantly higher among drinkers. Moreover, snacking also increased after drinking sessions (17). Not only that, but people seem to make more unhealthy snack choices when they are out drinking rather than at home (18).

Additionally, there is a significant link between drinking and binge eating. In research conducted at the Dalhousie University, Canada, researchers studied eating patterns among female habitual drinkers.

They identified 71% of the drinkers as binge eaters too (19).

4. It alters fat distribution in the body

As mentioned before, alcohol decreases fat breakdown and can actually stimulate its synthesis and deposition.

Drinking increases the amount of subcutaneous fat, both in men and women. This fat specifically deposits in the abdominal area of the body.

Too much of this abdominal fat in males is thought to cause ‘beer-belly’, though this common belief is not largely supported by scientific evidence (26-27).

Alcohol also seems to increase breast size in females and males. That is mainly because of its ability to increase levels of the feminizing hormone ‘oestrogen’. Levels of oestrogen can increase by 20% after consuming a single alcoholic drink (23-24).

Having bigger boobs is not something that all women want and can be even more of a problem for men. Alcohol consumption can increase the chances of gynaecomastia or man-boobs (25).

Some Important Variables to Consider

There is a lot more to the correlation between alcohol consumption and increase in body weight. Following are some variables to consider.

One thing is very important to mention here. Not all drinking patterns result in weight gain.

The weight increasing effects of alcohol mentioned so far in this article are mostly seen with heavy drinking (more than 30 g alcohol/day - there are 14.5 grams (1.8 units) of alcohol in a small glass of red wine). Please see Alcohol Guidelines for more info on safer alcohol consumption.

Thermogenesis is the natural heat generating process of your body. Like fire needs fuel to burn, your body needs fuel to generate heat. That fuel comes from the calories your body burns.

Research shows that among all other food sources, mild to moderate alcohol consumption stimulates the maximum amount of thermogenesis (28-29).

Although alcohol consumption can lead to weight gain both in males and females, males seem to be more prone to this effect of alcohol. This effect is perhaps because males are more habitual drinkers compared to females. Also, males tend to drink more on average compared to females (11).

Studies conducted on both adolescent and adult populations show that habitual heavy drinking leads to weight gain, irrespective of age (11).

4. Type of Alcohol and Weight Gain

This is an interesting aspect of alcohol consumption and its relation to body weight.

Surprisingly, it could be that not all types of alcohol have the same effect on weight.

Here are some commonly consumed alcoholic beverages and their effects on body weight.

The reason red wine might help to decrease body fat and body weight is due to a chemical in it called resveratrol. Resveratrol was shown to increase the amount of brown fat (burns more calories than white fat) and therefore decrease the amount of white fat (doesn't burn many calories) in preliminary experiments.

We await further relevant research in this area before drawing generally applicable conclusions, but it looks likely that red wine, in moderation, could be better for your waistline than lager or vodka.

Still, consuming too much red wine gives you extra calories too - that may cancel out any positive effects (31-32). So, again, the message is still moderation.

Can I drink alcohol and still lose weight?

Yes, you can. The key here is moderation. Here is what you should aim for (33):

What is the best sort of alcohol to drink if you are on a diet?

Go for red wine. Red wine has resveratrol in it, which, at the very least, is not likely to be as fattening as other alcohol.

Will beer give me ‘beer-belly’?

The answer is both ‘Yes’ and ‘No’. If you consume too much of it, you are bound to gain fat and weight due to the extra calories you are feeding your system. But, if you are moderate in your intake, there is no proof about this common belief.

Is there a place for alcohol in my weight loss plan?

You can drink alcoholic beverages, as long as you are not crossing the line. See here for current UK guidelines

Will alcohol increase my bust size?

Yes, it will. It does so by increasing oestrogen in your body. It can even cause gynaecomastia (man-boobs) in males.

How Does Alcohol Affect Your Own Weight?

Even if you don't want to keep a perfect record of what you eat and drink - take a few days to log how many calories in what you're drinking, it could be real eye opener

How Does Alcohol Affect Your Own Weight?

Even if you don't want to keep a perfect record of what you eat and drink - take a few days to log how many calories in what you're drinking, it could be real eye opener 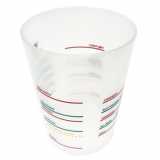 Quick and Convenient. The easy way to get the right portion size of your pasta, rice and breakfast cereals wlr Portion Pot